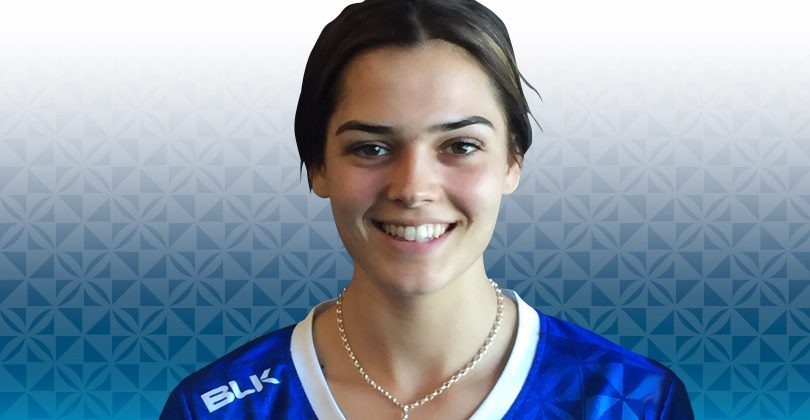 The SKYCITY Mystics have named exciting young shooter Tamara Leoni as a training partner to join their 2018 ANZ Premiership squad.

Leoni, who has played for both Epsom Girls Grammar and the Auckland Under-19 team, will join fellow training partners Mererangi Paul, Tori Kolose and Grace Kukutai to train alongside the 10-strong Mystics squad.

Coach Helene Wilson said the New Zealand Secondary Schools team shooter, who had been part of the new Northern Zone Elite Performance Programme, would be a valuable addition to the Mystics family.
“I have enjoyed watching Tamara play for both Epsom Girls and Auckland U19s, so when Tamara was selected for our Northern Zone Elite Performance Programme I was excited to work with her,” she said.

“Even though she is talented, she has been working hard in the Northern Zone Elite Performance Programme and she has taken the opportunity to learn while working with SKYCITY Mystics’ players to grow her game.

“She will be a welcome addition to our shooting circle, adding both extra height and mobility to our team.”
The SKYCITY Mystics have named an experienced squad for the ANZ Premiership including Silver Ferns Maria Folau (nee Tutaia), Bailey Mes and Phoenix Karaka along with former international and the SKYCITY Mystics captain Anna Harrison.

Fans can meet the players at the SKYCITY Mystics Open Day (a free event) at The Trusts Arena on February 10.

The SKYCITY Mystics launch their ANZ Premiership campaign against the defending champion Southern Steel in Palmerston North on Sunday 6 May.

The ANZ Premiership final will be played over 13 Rounds with the Grand Final to be played on Sunday 12 August.