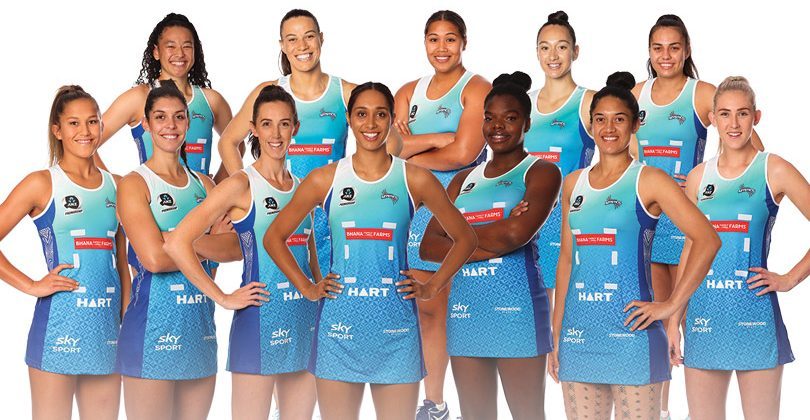 New Zealand’s six ANZ Premiership teams will prepare for home matches from 30 July with netball returning to venues around the country.

The revised schedule includes Round Robin games in Invercargill, Dunedin, and Christchurch to Wellington and Hamilton.

Netball NZ Head of Events and International Kate Agnew said it had been a huge undertaking to ensure teams could give their fans an opportunity to see live netball.

“We have reworked venue availability, accommodation and travel options in order to take the competition around the country.”

“We understand that playing in front of home fans is a huge part of the game and we know how important it is for the ANZ Premiership teams to have that opportunity.”

But from Thursday 30 July, the draw changes with games moved to home venues in Christchurch, Auckland, Hamilton and Porirua for the Round 8 fixtures.

Invercargill, Wellington and Dunedin will also have the opportunity to host round robin games with the regular season concluding on Monday 17 August ahead of a triple-header Finals Series on Sunday 23 August.

*All home venues for matches from Round 8 onwards are listed in the revised graphic below, and will be available through anzpremiership.co.nz 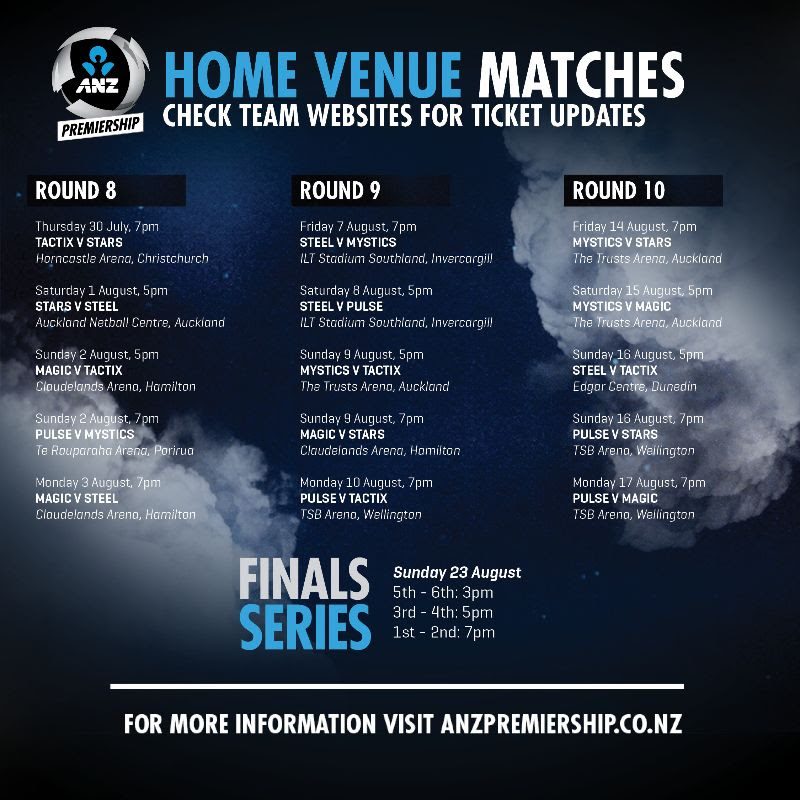